I’ve spent the past few months (the past few years, really) watching in horror at what’s happening in US politics.  While the media typically blames Trump for his terrible policies, the complicity of the US Senate is often missed. Trump is an expert at drawing media attention, but often these stories don’t matter much.  It is often the quieter and more politically savvy Republican controlled Senate doing serious damage (e.g. failing to make a deal on extending pandemic unemployment funding, confirming unqualified judges, designing and passing the terrible tax cut package, and blocking impeachment).   And for those who might have forgotten, the Republican controlled Senate was road blocking almost all significant legislation during much of the Obama administration well before Trump.

The Flip 2020 project’s mission is to flip the US Senate to a Democratic majority and break the do-nothing Republican congressional gridlock.  Flipping the Senate will be a challenge, but it is possible.  Republicans currently have a three seat majority.  (This will almost certainly become four when Democrat Doug Jones runs for re-election in Alabama, a deep red state, against a Republican candidate who is endorsed by Trump.)  Of the 23 Republican held Senate seats up for grabs this November, 6 races are close enough to be considered “toss-ups.”

Determining where our efforts would most benefit efforts to flip the Senate was no trivial task.  Did we need to choose a small state so our crew would be able to reach a higher percentage of voters?  How do we take care of our canvassers around the pandemic?  Are there Democratic challengers who would help us?  Did we need to minimize travel and housing costs?  What was the weather going to be like in September and October for our outdoor canvassing efforts?  Are there Democratic candidates who were particularly inspiring to support or Republican incumbents who were especially enraging (looking at you Lindsey Graham and Moscow Mitch)?  And of course, which races are competitive enough that our efforts could tip the balance?

We invited a doctor and experts with experience in public health to help us understand the COVID-19 situation in different states.  We poured over polls and political forecasts.  We reached out to campaigns and allies in swing states to see who might help us.  And in the end it became pretty clear that our best option was Maine.

We need to take 4 seats and Maine is the fourth from the top in terms of polling, and the only top state where the polling lead is within the margin of error.  USA Today says “What’s evident is if Republicans lose Maine it will be a sign the Senate is probably lost to Democrats.”

We also wanted to minimize our exposure to pandemic risks, and Maine was by far the safest state of those on our list.  Our friends at the Possibility Alliance in Belfast, Maine offered support and encouragement and local political contacts.  An anonymous donor contributed thousands of dollars for housing so our team can quarantine appropriately before we begin our in-person canvassing efforts. 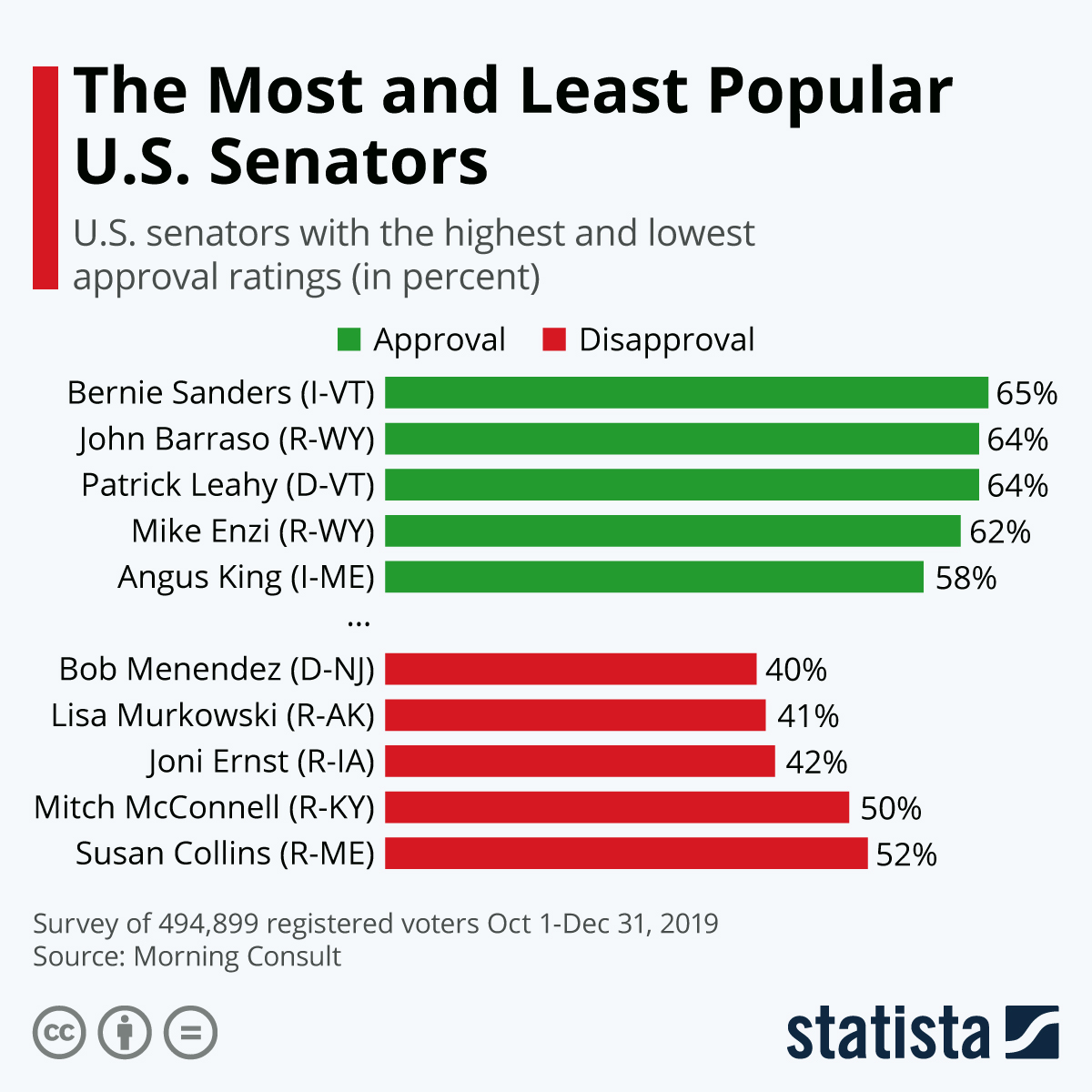 Susan Collins has the distinction of being the most disapproved of Senators in the country, with over 50% of those surveyed saying they disapproved of her performance.  This is way down from her last election when she was one of the most popular senators in the country.  But siding with the President on impeachment and Kavanaugh’s confirmation has hurt her both nationally and at home.  Collins paved the way for the current postal system slow down. 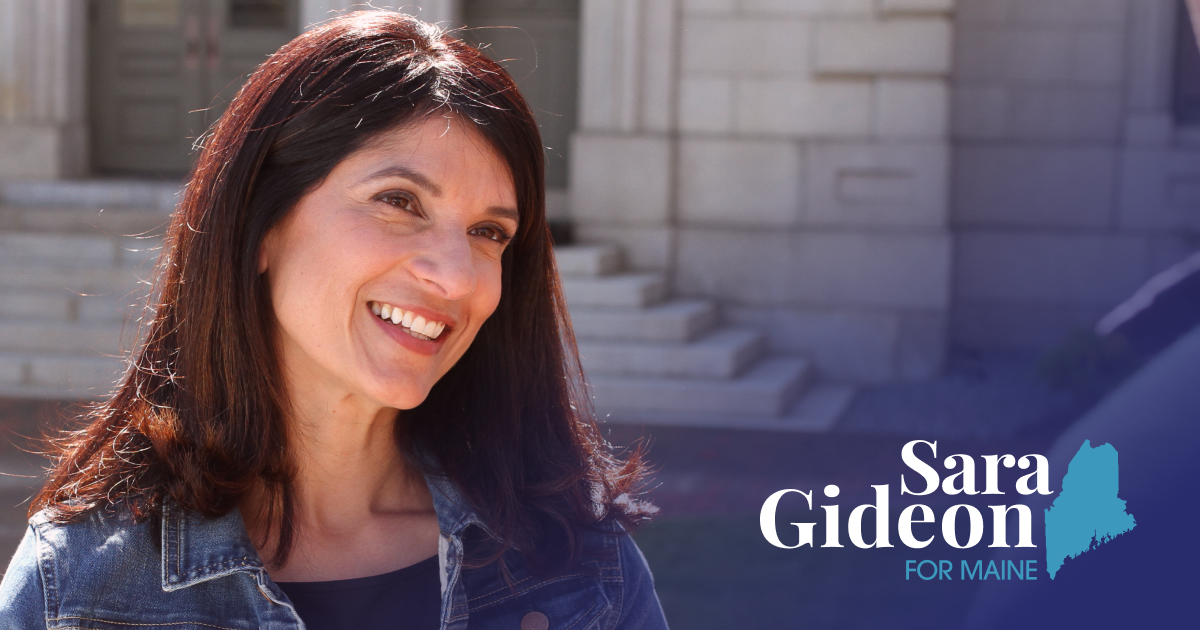 Collins’ challenger is Sara Gideon, the Speaker of the Maine House of Representatives. As an experienced Democratic politician she has supported Medicaid expansion in Maine, sponsored legislation to expand abortion access, and has been a staunch supporter of Planned Parenthood. She has helped make naloxone available over the counter to help prevent opioid overdoses. She’s a member of the Joint Standing Committee on Energy, Utilities and Technology and has worked to promote clean energy. She supports the US rejoining the Paris Agreement to combat climate change. She supports police reform and gun control.  Gideon is not taking corporate PAC contributions for her campaign.

So what are we going to do about it?  Well, COVID-19 makes door-to-door canvassing unwise, but we will do street theater, political actions, tabling to supplement the tremendous “air game” of social media, phone banking and postcards.  After our quarantine period, we’ll be splitting our time between actions, phone banking, social media work, and other pandemic compliant activities.   We are looking for street performers, musicians, activists, social media titans, and organizers who can spend September thru the election with us in Maine.  Join us at www.flip2020.org and if you can’t come to Maine, we would appreciate any financial support you can provide.

a funologist, memeticist and revolutionary. Can be found in the vanity bin of Wikipedia and in locations of imminent calamity. buckle up, there is going to be some rough sledding. View more posts